Political legitimacy is “the central issue in social and political theory” (Beetham, 1991:p.41), and the foundation of a political community. Legitimacy can arise from many differing spheres politically; Beetham discerns his reading of legitimacy to be “a power relationship justified in terms of people’s beliefs”. He discerns three separate politically legitimising factors. There must be; i) legal ‘conformity to set rules’; ii) ‘normative justifiability of these rules in terms of shared beliefs’ through the source of political authority, and proper standards of government, and finally, iii) ‘legitimisation through expressed consent’ (Holbig, 2006,p.5). Political legitimacy is generally defined as the “capacity of the system to engender and maintain the belief that the existing political institutions are the most appropriate ones for the society” (Lipset, 1959,p.77).

Lipset’s polemic classification of legitimacy has an axiomatic character within academia; his appraisal of “appropriate performance legitimacy” (Lipset, 1959,p.1) being vital to overall legitimacy, demonstrates the enduring nature of the Chinese state. However many argue that Lipsettian “democratic legitimacy” and the incompleteness of authoritarian economic led “rational-legal authority” (Weber, 1958,p.1) means China is delegitimized both to its own people, and the international community. Notwithstanding I argue economic modernisation led welfare can legitimise a state, even though it can be a transient legitimacy, this is eminently so in the case of China. As the quote by Mo Tzu evidences, traditionalistic Confucian communitarianism, and China’s special historic background countenances it to be legitimised more efficiously from the “performance legitimacy” model. The CCP covers the first 2 bases of Beetham’s polemic classification, I argue “expressed consent” is not necessary for political legitimacy; consent can be shown from a conflation of the peoples and states ideals without direct democratic countenance. However ‘economic modernisation and welfare’ is merely only part of a vast array of legitimising factors in the Chinese context. This leads one to conclude that although modernisation and its effects may promote legitimacy; the way China is embracing modernisation is rapidly deconstructing its own legitimacy basis, forcing greater reliance on alternative legitimising factors.

Despite its salutary economic growth, and grand welfare improvements for its people; environmental destruction and the “increasingly skewed distribution of income, not unrelated to rampant corruption” (Jon, 2006,p.1) all point toward a problematic future for China. Similarly the China situation casts doubt on the lasting legitimising effect of economic modernisation on a polity, sans input legitimacy. 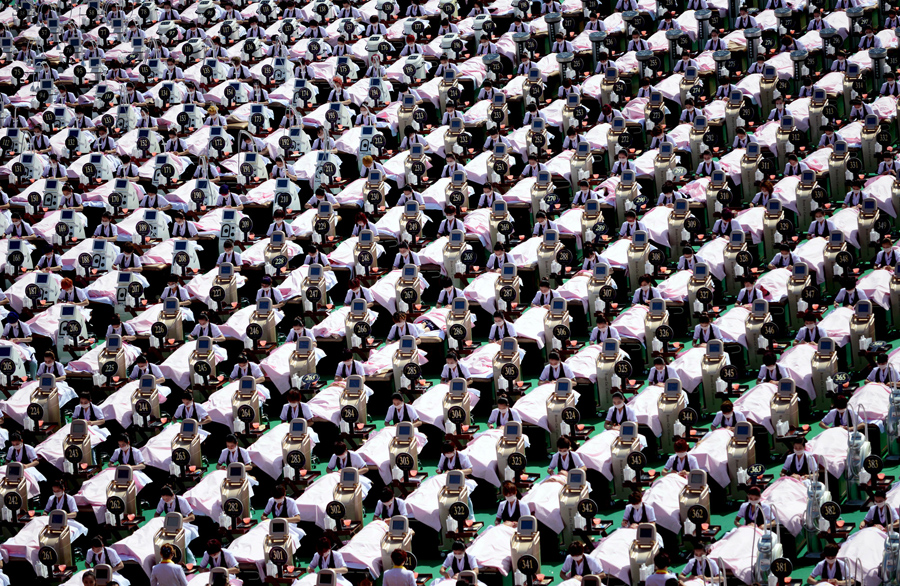 0 comments on ““Humane men are concerned about providing benefits to the world and eliminating its calamities…” – Mo Tzu.”